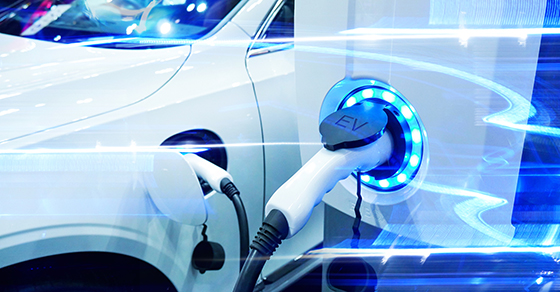 The Inflation Reduction Act (IRA) includes a wide range of tax incentives aimed at combating the dire effects of climate change. One of the provisions receiving considerable attention from consumers is the expansion of the Qualified Plug-in Electric Drive Motor Vehicle Credit (IRC Section 30D), now known as the Clean Vehicle Credit.

While the expanded credit seems promising, questions have arisen about just how immediate its impact will be. Here’s what you need to know about the credit if you’re thinking about purchasing an electric vehicle (EV).

The credit in a nutshell

The credit amount begins to phase out for a manufacturer’s vehicle when at least 200,000 qualifying vehicles have been sold for use in the United States (for sales after December 31, 2009). As a result of this limitation, vehicles, including those manufactured by Tesla and General Motors, no longer qualify for the credit.

The IRA extends the newly named Clean Vehicle Credit through December 31, 2032. It also makes several significant changes to the credit, most of which will phase in over time. For example, the credit now applies to any “clean” vehicle, so a hydrogen fuel cell car or a plug-in hybrid could qualify. It also eliminates the manufacturer production cap after 2022.

The credit now includes income limitations, too. It’s not available to:

The credit is also limited by the price of the vehicle. Vans, pickup trucks and SUVs with manufacturer’s suggested retail prices (MSRPs) of more than $80,000 don’t qualify. Other cars must have MSRPs no higher than $55,000.

One critical change took effect immediately after President Biden signed the bill into law: the so-called “final assembly” requirement. It limits the credit to vehicles for which final assembly occurred in North America. Final assembly generally refers to the production of an EV at the location from which it’s delivered to a seller with all of the necessary component parts included. The requirement is designed to encourage domestic production.

The IRS has established a two-step process to check whether a specific vehicle satisfies the final assembly requirement. First, check the Department of Energy’s Alternative Fuels Data Center’s list of 2022 and 2023 EVs that likely meet the requirement. Be aware that because some models are assembled in multiple locations, some of the listed vehicles might not meet the requirement.

Then, to confirm that a specific vehicle’s final assembly occurred in North America, enter its Vehicle Identification Number (VIN) into the National Highway Traffic Safety Administration’s VIN decoder tool. By scrolling to the bottom of the result page, you’ll see the vehicle’s “Plant Information,” which includes the country where the plant is located.

For now, taxpayers who purchase qualifying EVs will continue to claim a credit on their annual tax returns. The IRA, however, provides an alternative — and much more taxpayer-friendly — option beginning in 2024. At that point, EV purchasers can transfer their credit to dealers at the point of sale, rather than waiting to claim it on their annual tax returns. The credit will directly and immediately reduce the purchase price.

The IRA imposes “applicable percentage” requirements for critical minerals and battery components. At least 40% of critical minerals must be 1) processed or extracted from the United States or a country with which the United States has a free trade agreement, or 2) recycled in North America. At least 50% of battery components must be manufactured or assembled in North America.

The initial percentages will take effect after the IRS issues proposed guidance, which the IRA mandates occur before December 31, 2022. The percentages then ramp up over time, peaking at 80% of critical minerals after 2026 and 100% of battery components after 2028.

These rules have raised concerns among the automotive industry, particularly as a substantial amount of the supply chain for minerals and battery components is located in China.

What if you signed a contract on an EV before August 16, 2022, when the IRA was enacted, but haven’t yet received the vehicle? The IRS has stated that the changes in the law won’t affect your tax credit. You can claim it under the rules in effect when you signed the purchase contract.

Unfortunately, that means the manufacturer cap will still apply. If you purchase a vehicle from a manufacturer that hit the 200,000 vehicle threshold more than a year prior, you don’t qualify for the EV credit. On the other hand, the final assembly requirement won’t apply.

If you purchase and take possession of a qualifying EV after the law was signed (August 16, 2022) but before January 1, 2023, the only difference to the prior rules is the applicability of the final assembly requirement. That means the manufacturer cap also would apply to your purchase. So, if you’re interested in a model that’s disqualified under the cap, it might pay off to wait until 2023 if the vehicle meets the requirements then.

The IRA also creates tax credits for used EVs (Sec. 25E) and commercial EVs (Sec. 45W), both starting in 2023. The IRS has indicated it will release more information on these credits in the coming months.

The credit for commercial EVs is the lesser of 1) 15% of the vehicle’s basis (30% for vehicles not powered by a gas or diesel engine) or 2) the incremental cost of the vehicle over the cost of a comparable gas- or diesel-powered vehicle. The maximum credit per vehicle is $7,500 for vehicles with a gross vehicle weight under 14,000 pounds and $40,000 for heavier vehicles.

The IRS and Treasury Department have promised to issue additional guidance about the various new and existing EV-related tax credits in the coming weeks and months. We’ll keep you up to date on new developments. Contact us with any questions.