President Biden has signed the PPP Extension Act of 2021. The new law extends the Paycheck Protection Program (PPP) application filing deadline from March 31, 2021, to May 31, 2021, thus providing potential PPP borrowers additional time to submit their applications. The law doesn’t provide the PPP with any additional funding. However, $7.25 billion in additional funding was recently provided in the American Rescue Plan Act. 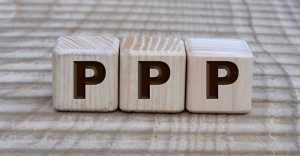 The PPP was established in March 2020 by the CARES Act. The program was designed to help small employers meet their payrolls during the economic crisis caused by the COVID-19 pandemic. PPP loans are available to virtually every U.S. business with fewer than 500 employees that was affected by COVID-19, including sole proprietors, self-employed individuals, independent contractors and nonprofits.

PPP loans generally are 100% forgivable if the borrower allocates the funds on a 60/40 basis between payroll and eligible nonpayroll costs. Nonpayroll costs originally were limited to mortgage interest, rent, utilities and interest on any other existing debt, but the Consolidated Appropriations Act (CAA), enacted in late 2020, significantly expanded the eligible nonpayroll costs. For example, borrowers now can apply the funds to cover certain operating expenses and worker protection expenses.

The CAA added an additional $284 billion in funding for PPP loans for both first-time and so-called “second draw” borrowers (the latter are restricted to smaller and harder hit businesses). It also clarified that PPP borrowers aren’t required to include any forgiven amounts in their gross income for tax purposes and that borrowers can deduct otherwise deductible expenses paid with forgiven PPP proceeds. In addition, it simplified the forgiveness process by calling for a one-page forgiveness application for loans up to $150,000.

To recap, the new PPP Extension Act provides no additional funding for the program but extends the filing deadline for both first- and second-draw loan applications to May 31, 2021. The deadline extension may increase the odds of securing a loan, particularly for businesses that have struggled with the application process.

The law also gives the Small Business Administration (SBA) an additional 30 days — through June 30, 2021 — after the extended application deadline to complete its processing of applications. The SBA has a backlog of applications because of a variety of factors, including coding errors, delays in the release of guidance on implementation of the program and its many changes, and a recent revision of the formula used to calculate an applicant’s loan amount.

Previously, the loan amount was based on an applicant’s net profits, to the detriment of sole proprietors, independent contractors and self-employed individuals whose Schedule C tax forms didn’t show a net profit. In February, the Biden administration announced that it was revising the formula to focus on gross profits — the amount of money earned before taxes or expenses are deducted. While welcomed news for applicants, the revised formula required loan processors to make changes, leading to further delays and strain to keep up with demand.

With the PPP application filing deadline being extended, coupled with several recent reforms that widen the loan eligibility, more businesses have the opportunity to take advantage of PPP loans. Contact us for more information.